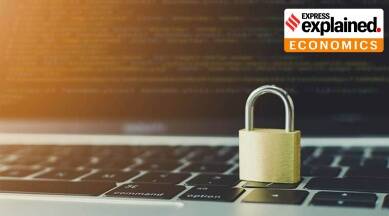 Incoming students have been the school’s most academically talented group for five consecutive years. The group has also been recognized as one of the most accomplished classes in school history. The School of Law is also one of the top law schools in the country, according to US News and World Report rankings. Several new faculty members have been added to the faculty.

A recent addition to the law school is Joel Samuels, the interim vice provost for interdisciplinary studies. Samuels is an accomplished legal scholar who has served as a faculty member at the University of Michigan Law School and in the United States Navy. He is also the director of the Rule of Law Collaborative, an initiative that will support fragile and post-conflict countries in their legal and political development. Samuels has also been appointed to the Roderick and Carol Wendt Chair in Business Law.

Willamette Law is known for its progressive approach to legal education. Professors such as Symeon Symeonides, one of six American law professors to receive an Award of Merit from the American Society of Comparative Law, have been recognized for their contributions to law reform. Symeonides has drafted legislation for the European Union and three states, and he has served as a consultant to the drafting committees of two international conventions. Symeonides has been a leading authority on comparative conflict law, and he has worked in the areas of international trade, criminal law and the law of nations.

Another new addition to the faculty is Terrence Green, who will teach immigration law this fall. He comes to the school from Gardner Law in Raleigh, North Carolina. He also has experience in the legal industry, having worked at Virgin Hyperloop One. He has a scholarship in the country’s best law reviews.

The new Children’s Law Training Center will be dedicated to improving children’s legal protection in South Carolina. This new facility will have a state-of-the-art training space and will be directed by Professor Josh Gupta-Kagan. In addition, a new mobile law office, Palmetto LEADER, will be established to crisscross the state, providing legal help to those in need.

The School of Law also launched the Signature Strengths Initiative, an effort to strengthen the institution’s academic strengths by recruiting and promoting faculty who have demonstrated leadership in a variety of fields. The program also announced the addition of an Associate Professor of Law, Stephanie Davidson, to the faculty. This new faculty member will teach in the law library.